Our laboratories are equipped with the latest HPLC technology (HPLC with fluorescence or spectrophotometric detection) and we fully meet the requirements of the European regulations for analytical measurements of mycotoxins. 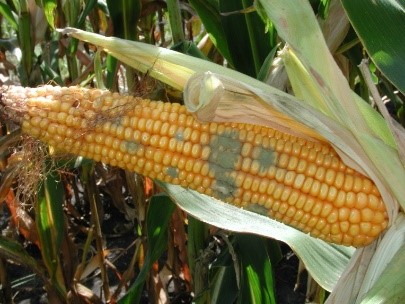 Mycotoxins are secondary metabolites produced by certain fungi. There are more than 350 species of toxicogenic fungi, many of which produce more than one mycotoxin. The main producers of mycotoxins are the species of Aspergillus, Penicillium and Fusarium. Due to their proven harmful effect on human and animal health, including carcinogenic effect and diseases of the liver and kidneys, mycotoxins are closely monitored and their amount regulated by legislation.

Determination of Aflatoxin B1 in feed is included in certification of GMP+.

We provide accredited determination of mycotoxins in compliance with legislative limits: 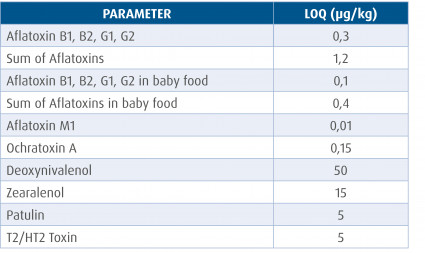